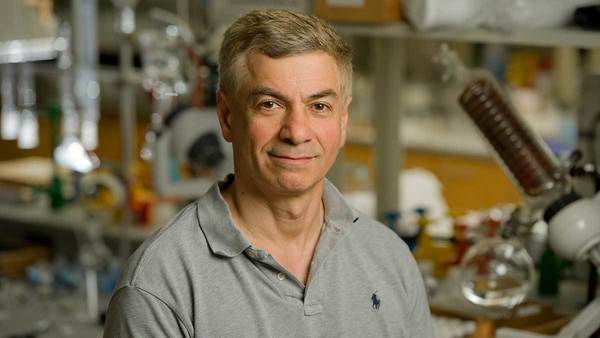 Beta-lactam antibiotics, including penicillin, are one of the most widely used classes of antibiotics in the world. Though they’ve been in use since the 1940s, scientists still don’t fully understand what happens when this class of drugs encounters bacteria.

Now, researchers at the University of Notre Dame have elucidated how an enzyme helps bacteria rebound from damage inflicted by antibiotics not strong enough to immediately kill the bacteria on contact.

The study, published in the Proceedings of the National Academy of Sciences, focuses on an enzyme in gram-negative bacterium Pseudomonas aeruginosa, a pathogen that causes pneumonia and sepsis. The enzyme, called lytic transglycosylase Slt, rapidly attempts repair of the organism’s cell wall, which allows the bacterium to survive and infection to proceed unabated.

“It’s a survival strategy,” said Shahriar Mobashery, Navari Family Professor in Life Sciences at Notre Dame and lead author of the study. “The cell wall is the structural entity that encases the entire bacterium, and its health is critical for the survival of the bacteria. If you have a drug that inflicts damage to the cell wall, the bacterium cannot cope with it and it dies.”

P. aeruginosa is one of the “nightmare bacteria” highlighted in a recent report from the Centers for Disease Control and Prevention. The report stated that lab tests had found “unusual resistance more than 200 times in 2017 in ‘nightmare bacteria’ alone.”

“It’s sort of like if you’re driving home and get into a fender bender, and by the time you get home, your car is already repaired,” said Mobashery.

Scientists have known about both families of enzymes for some time. Mobashery’s team synthesized pieces of the cell wall and studied it with Slt to determine how the enzyme degrades it. They sent purified Slt and cell wall samples to collaborators at the Spanish National Research Council to determine its structure.

Mobashery has studied antibiotic resistance for 30 years and is affiliated with Notre Dame’s Advanced Diagnostics and Therapeutics and the Eck Institute for Global Health. He said penicillin-binding proteins have been studied since the 1960s and lytic transglycosylases since the 1990s — but the issue of how they come together is new. Because of antibiotic resistance, this bacterium has become one of the most difficult bacterial pathogens to treat.

The National Institutes of Health and the Spanish Ministry of Economy and Competitiveness funded the study.

Originally published by Jessica Sieff at news.nd.edu on April 09, 2018.