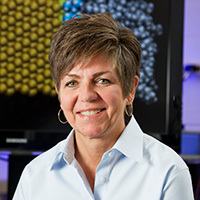 It has long been acknowledged that all of the information required for peptides and proteins to adopt their biologically active three-dimensional conformations is specified in the sequential arrangement of their constituent amino acids. However, the contribution of specific amino acids to the process of proper folding, a fundamental issue in structural biology, remains largely unanswered for a number of important proteins and peptides. A related question concerns the nature of the interactions between the folded species and their physiological targets. The relationship of peptide/protein structure to function and activity has been an important component of our research program for many years. Our laboratory is particularly interested in a class of peptides and proteins that contain a high relative content of a non-standard amino acid known as gamma-carboxyglutamic acid (Gla). These include many plasma proteins involved in blood coagulation and a class of neuroactive peptides, the conantokins, which are sourced in the venom of predatory marine snails and act as potent and specific antagonists of the N-methyl-D-aspartate receptor. We also investigate structure-function relationships in plasminogen, the principal effector of fibrinolysis, and the precursor of angiostatin, an inhibitor of tumor growth and proliferation.

In our laboratories, we evaluate the contributions of individual amino acids and groups of amino acids to proper conformation and function through two strategies; site-specific mutagenesis and peptide synthesis. The biophysical and structural properties of the peptides and proteins thus generated are characterized using a suite of methodologies including analytical ultracentrifugation, microcalorimetry, fluorimetry, X-ray crystallography, surface plasmon resonance, and circular dichroism and NMR spectroscopies. For functional assessments, our laboratory employs enzymology, radioligand binding, and electrophysiology. We also examine in vivo effects in mice. Taken together, these approaches permit us to pinpoint the often subtle structural features that influence the biological activity of the peptides and proteins under study.