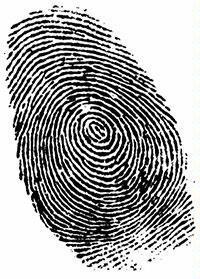 Visitors to the University of Notre Dame's Hesburgh Library on a recent day most likely thought they'd wandered into location filming for a "CSI" or "NCIS" television episode. Yellow crime scene tape surrounded a library study area, and a team of what appeared to be crime scene experts scoured the site for evidence.

However, the dramatic scene had an academic purpose. First-year students enrolled in a "Forensic Chemistry" course taught by chemistry and biochemistry professor Marya Lieberman worked the Hesburgh Library crime scene as the capstone experience for the class.

The scenario involved the discovery of the body of a popular chemistry professor, Seth Brown, whose gunshot-riddled body was discovered in the library study area. Brown had been coerced by a suspicious note to meet someone at the library and to bring a vial of his secret "Leprechaunin" formula.

Students in Lieberman’s class were divided into teams, such as fingerprints, biological evidence and gunshot residue, and then scoured the site for evidence. They later analyzed the evidence to identify gunshot residues or blood, reveal hidden fingerprints on evidence items, match chemical traces to the Leprechaunin vial, and match the DNA of suspects to DNA found in hairs clutched in the victim's hand.

"I wanted the students to apply techniques they had learned in class in a real-world setting," Lieberman says. "This can help them see how different forensics tasks are connected. Figuring out what happened in a crime scene scenario is very engaging: Students become invested in solving the crime, and so they have a reason to care about doing the lab work carefully."

The real-world nature of the experience was enhanced as library staff, other students and campus visitors surrounded the crime scene asking questions, taking photographs and making helpful offers to clean up the messy scene.

"There was some confusion at the scene initially, particularly when the crowd of librarians gathered, but that was quickly sorted out and the teams got their evidence quickly and efficiently," Lieberman says.

Three suspects were identified at the scene and provided statements to the police. All the suspects were tested to see if they had fired a gun recently, but none had.

"The students created a timeline and a theory of the crime based on witness statements and physical evidence from the crime scene," Lieberman says. "They showed that the type of bullets and powder used in the crime did not leave conventional gunshot residue traces, so the negative tests for gunshot residue on the hands of all three suspects did not provide evidence of innocence."

Once the teams had collected finger and foot prints, gunshot residue and ballistics evidence, blood and DNA evidence, and chemical substance evidence, they returned to Lieberman's labs to analyze the crime scene data.

"The students took their jobs very seriously once they had the evidence back in the labs," Lieberman says. "They coordinated the different analytical tasks and they carried out the work carefully and with good documentation to ensure that their findings would stand up in court.

"Several of the students even returned to the crime scene with the victim's shirt to try to recreate the location of the gunshots, and they were able to establish that the gunshots were fired from a region where several footprints were also found."

And just like on TV, the students nailed the perp.

"They proved that one suspect stepped in blood at the crime scene by matching a footprint and blood on her shoe, and they used DNA evidence to show that several of her hairs were found in the victim's hand. She also had a packet of a chemical substance that turned out to be Leprechaunin stashed in her jacket pocket," Lieberman says.