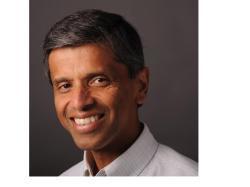 Prashant V. Kamat, professor of chemistry and biochemistry at the University of Notre Dame, will be deputy editor of American Chemical Society’s first online-only journal.

ACS is "starting JPC Letters in response to interest in the physical chemistry community in having a letters-only journal, which provides greater visibility to papers that need rapid communication," Schatz says. One criterion for acceptance will be urgency of publication, he adds. Schatz estimates that JPC Letters will publish accepted papers in an average of seven weeks after submission.

The new peer-reviewed publication’s online-only format makes the most of Web features, such as links between the journal’s content and scientific databases, including SciFinder. ACS is also exploring additional links between material in the letters journal and other JPC journals.