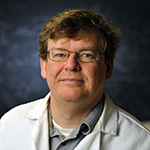 Some 75 researchers and family members from around the world attended the Michael, Marcia, and Christa Parseghian Scientific Conference for Niemann-Pick Type C on June 13-15 in Jordan Hall on the Notre Dame campus. The event included more than 20 scientific presentations, posters, events for families, and shared receptions.

Other researchers came from universities and institutes across the United States and around the world, including Chile, Switzerland, Sweden, the United Kingdom, Canada, France, and Brazil. "The conference fosters innovative collaborations," Cindy Parseghian said. "I hope you have found this to be a real fertile ground for collaborations," she said. "It has been the collaborations that have really moved the research forward. I hope you continue to reach out to one another throughout the year and form those collaborations."

At a dinner at the Warren Golf Course, Karen Quandt, chair of the board of the National Niemann-Pick Disease Foundation, told the story of her 16-year-old son Ty, who was diagnosed eight years ago and has visited the research mice at Notre Dame. "Niemann-Pick has not stopped his personality," she said. "We know that you’re all working hard to find a treatment for this disease, and we’re forever grateful for your work."

Jacqueline Imrie, a clinical nurse specialist from Manchester, England, described the launch last April of an International Niemann-Pick Disease Registry with 11 partners in seven European Union countries and 17 international collaborators. The registry aims among other things to provide information that could support research and help identify and recruit patients for clinical trials.

The 2014 conference will be June 12-14 at Notre Dame, which has hosted the 20-year-old meeting since ties between the University and the Parseghian Foundation deepened in 2010. “It’s a topic and a piece of science that we’re very passionate about solving–something that’s close to the Notre Dame family, close to our hearts at Notre Dame,” Dean Greg Crawford told the group.