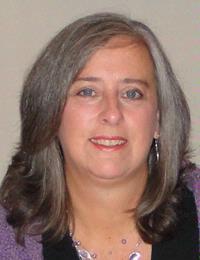 Researchers from the Harper Cancer Research Institute, a partnership between the University of Notre Dame and Indiana University School of Medicine-South Bend, have uncovered a key element that plays a role in the spread of ovarian cancer.

Ovarian cancer is the leading cause of death due to gynecologic cancers. Annually, more than 20,000 women die from the disease, usually as the result of spread, or metastasis, of the primary tumor. The five-year survival for women diagnosed with primary tumors is 95 percent, which is a stark contrast to the less than 30 percent survival of women diagnosed with metastatic lesions.

"Understanding the reasons that ovarian cancer spreads is of the utmost importance and it is a focus of our research in the Stack Laboratory," said Sharon Stack, Anne F. and Elizabeth Riley Science Director of the Harper Cancer Research Institute.

Unlike many solid tumors, such as those of the breast, prostate or liver, ovarian tumors very rarely spread through blood and lymphatic vessels. Instead, the tumor cells grow on the surface of the ovary or fallopian tube and eventually slough off of that surface. In order for such an atypical event to occur, the tumor cells must undergo changes.

"They float in the abdominal cavity in a fluid called 'ascites' that accumulates during ovarian cancer progression," Stack said. "This fluid provides nutrients to the spreading cells to prevent them from dying, which is typical of normal cells if they were disrupted or floating. Eventually, these cells adhere to other organs in the abdominal cavity, such as the colon or omentum, which requires another change in cell behavior."

These types of changes are also characteristic of embryonic cells, which must change between cells that grow in place and cells that migrate several times during development.

"Recently, we found that a cell signaling process called 'Wnt signaling,' which is active during development and typically switched off in adult cells, also plays a role in ovarian cancer," said Rebecca Burkhalter, a visiting scientist at the Harper Institute and graduate student at the University of Missouri School of Medicine. "In colon cancer, it has been shown that proteins in the Wnt signaling pathway have mutations in their genes and these mutations lead to cancer. Interestingly, we find that Wnt signaling is improperly active in ovarian carcinoma, even in the absence of mutations.

"As a matter of fact, the protein that helps a cell decide to remain attached to the ovary or an abdominal organ or detach, as in the sloughing step, regulates this aberrant activation."

The research results suggest that this abnormal signaling is, in part, what allows the ovarian cancer cells to survive the many changes required to spread in the abdomen.

"Especially exciting is the fact that there are already drugs in development for other disease states that regulate the Wnt signaling pathway," Stack said. "With more investigation, we may identify a member of the Wnt pathway as drug targets in ovarian cancer."

The research paper describing the finding appeared in the Journal of Biological Chemistry.