That’s the brief window of time in which a patient who has experienced an ischemic stroke may receive tissue plasminogen activator (tPA), the only FDA-approved therapeutic for the condition. After 4 ½ hours, the patient risks further impairment because tPA, a protein that dissolves blood clots, lacks efficacy and increases hemorrhaging.

But a study published Tuesday (June 12) in eNeuro by researchers at the University of Notre Dame and the University of Missouri at Columbia demonstrates in mice that early administration of another potent compound, SB-3CT, extends the window to receive tPA to at least six hours. 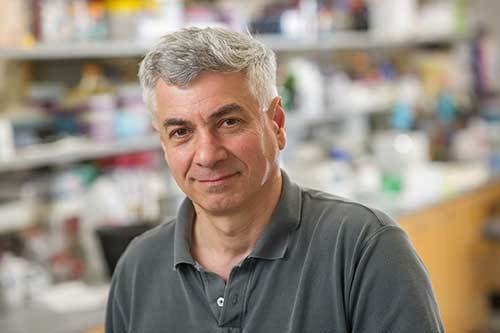 “SB-3CT actually helps rescue neurons from dying; we knew that,” said Shahriar Mobashery, Navari Family Professor in Life Sciences in the Department of Chemistry and Biochemistry, as well as The Warren Family Research Center for Drug Discovery and Development. “The question was…is it useful in cases where there’s tPA? If you combine the two drugs together, can we prevent neuron death and prevent hemorrhage? And the answer is yes to both of those questions.”

Mobashery and Mayland Chang, research professor in the Department of Chemistry and Biochemistry and member of the Warren Center, supplied the SB-3CT for the study. They also determined the dose, frequency, and route of administration. Ischemic strokes occur when a blood clot obstructs a blood vessel in the brain, so researchers at the University of Missouri grew blood clots in a test tube and placed them in specific arteries in the brains of mice. Then they administered SB-3CT and tPA and studied the results.

Discovering better solutions for treatment of ischemic strokes, which represent about 87 percent of strokes, is crucial. Only 3 percent of patients who could benefit from tPA receive it because they are not diagnosed in time, Mobashery said. Only a CT scan can distinguish ischemic strokes from hemorrhagic strokes, a rarer type of stroke in which tPA cannot be administered.  And most hospitals in the United States do not have neurological units to make the diagnosis.

“As a result, most patients are outside the four-and-a-half hour window, so they don’t get tPA,” Chang said. 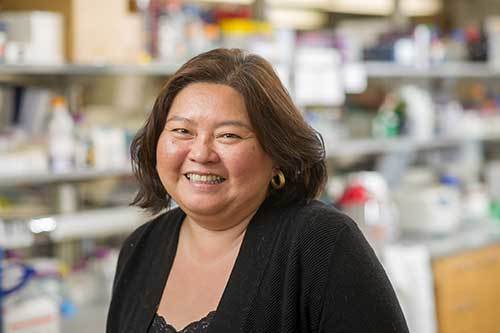 Chang and Mobashery have extensively studied variants of SB-3CT, which is a gelatinase inhibitor. Gelatinases are enzymes that have been implicated in a host of diseases, including strokes. One gelatinase, matrix metalloproteinase-9 (MMP-9), is activated when tPA is administered. SB-3CT inhibits MMP-9, preventing the hemorrhaging that occurs when tPA is given. As a result, it rescues neurons from death and extends the time frame for the usefulness of tPA.

Developing new drugs to treat neurological disorders is difficult for many reasons, and more than 30 drugs that entered clinical trials have failed. But the results from this recent study are encouraging, Mobashery and Chang said.

In addition to Chang and Mobashery, who are also affiliated with Notre Dame’s Advanced Diagnostics and Therapeutics, the research team included Zezong Gu, Shanyan Chen, Shenzhou Chen, Jiankun Cui, Myah L. McCrary, and Hailong Song, all from the University of Missouri at Columbia. The work was supported in part by a grant from the National Institutes of Health.

Originally published by Deanna Csomo McCool at science.nd.edu on June 13, 2018.