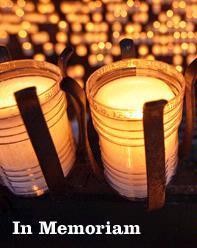 Klaus-Dieter Asmus, professor emeritus of chemistry and biochemistry at the University of Notre Dame and former director of the University's Radiation Laboratory, died October 6 in Berlin, Germany. He was 74 years old.

"Dieter was an enthusiastic scientist, a leading physical chemist and a strong supporter of the study of the effects of ionizing radiation on molecules of central importance in biological systems," said Dan Meisel, professor emeritus of chemistry and biochemistry and also a former director of the Radiation Laboratory. "His early work established the properties of the unusual "three-electrons bond", between sulfur centered chemical radicals and sulfur- or nitrogen- containing molecules. He later investigated the mechanisms of radiation damage to the all important amino acids and proteins. These studies outlined the effects of the damaged molecules on oxygen stress and its consequences in living organisms and in aging processes. He was a gifted scientist and an attractive teacher who will be sorely missed among the community of science scholars".

A native of Breslau, Germany, Asmus held master's and doctoral degrees in chemistry from Technical University in Berlin, where he worked as a research scientist and chair of the radiation chemistry department in the Hahn-Meitner Institute and served on the Technical University faculty from 1974 to 1995, when he came to Notre Dame. He served as director of the Radiation Laboratory from 1995 to 1998 and continued to teach at Notre Dame until his retirement in 2009. In addition to his teaching, Asmus did internationally renowned and award-winning research in radiation chemistry, free radical chemistry and physical organic chemistry; published numerous articles on those subjects; and was co-author of a seminal textbook, Radical Reaction Rates in Liquids.

In 1970, Asmus married Sibylle Hahn, who survives with their daughter, Ariane, and son, Christopher.

A funeral service will be held Nov. 1 (Thursday) in the Waldfriedhof/Wannsee cemetery in Berlin.

Condolences may be sent to: Sybille Asmus, Rolandstr. 5, 14129 Berlin, Germany.