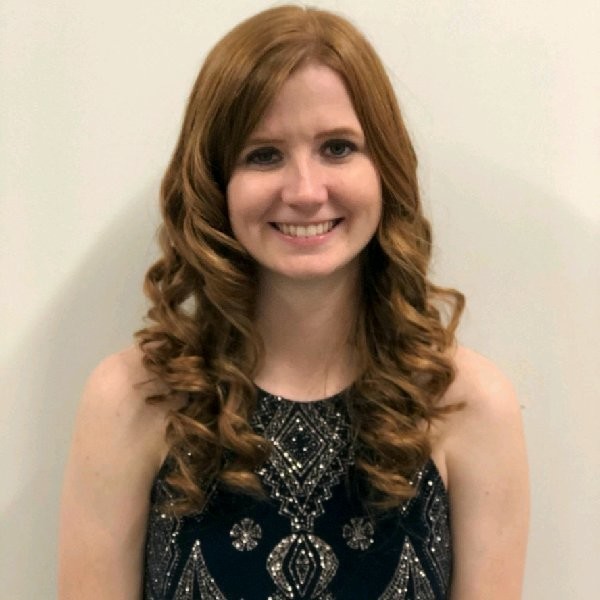 Veronica Hubble, a fourth-year graduate student in the lab of Christian Melander, George & Winifred Clark Professor, is the recipient of a 2019 American Chemical Society Women Chemists Committee (WCC)/Eli Lilly Travel Award. This travel award provides funding to attend scientific meetings; Hubble will be traveling to the 2019 ACS National Meeting in Orlando, FL.  Along with travel support, award winners present at a special poster session, attend a winner’s reception, and are invited to a WCC luncheon and a WCC dinner at the ACS meeting.

Hubble will be presenting her recently published work describing a novel approach for combating pseudomonal infections through the use of bis-2-aminoimidazole (bis-2-AI) adjuvants.1 A major contributor to fatality in cystic fibrosis (CF) patients stems from infection with the opportunistic bacterium Pseudomonas aeruginosa. As a result of the CF patient’s vulnerability to bacterial infections, one of the main treatment focuses is antibiotic therapy. However, the highly adaptive nature of P. aeruginosa, in addition to the intrinsic resistance to many antibiotics exhibited by most Gram-negative bacteria, means that multi-drug resistant (MDR) strains are increasingly prevalent. This makes eradication of pseudomonal lung infections nearly impossible once the infection becomes chronic. New methods to treat pseudomonal infections are greatly needed in order to eradicate MDR bacteria found within the respiratory tract and ultimately improve the quality of life for CF patients. Hubble’s newly reported bis-2-aminoimidazole adjuvants can potentiate the activity of a macrolide antibiotic commonly prescribed to CF patients as an anti-inflammatory agent, leading to a 1024-fold reduction in the minimum inhibitory concentration (MIC) of azithromycin in vitro and displaying activity in a Galleria mellonella model of infection.

Hubble’s work fits directly into the broader work of the Melander lab, where one research focus is the use of an alternative approach to combating multi-drug resistant (MDR) bacteria using a small molecule adjuvant in conjunction with a conventional antibiotic. An ideal adjuvant is a small molecule that is non-toxic to the bacteria by itself yet enhances the efficacy of a conventional antibiotic, observed by reducing the minimum inhibitory concentration (MIC) of the antibiotic against various bacterial strains. The Melander group works to discover adjuvants that can break or disturb bacterial resistance in order for the antibiotic to regain its potency. While both Gram-positive and -negative bacterial species pose a threat to the public health, Gram-negative species are more difficult to combat due to the presence of an outer cell membrane, a feature that Gram-positive pathogens lack. The outer membrane makes it challenging for an antibiotic to penetrate the cell and complete its biocidal or biostatic mode of action, rendering the antibiotic ineffective.