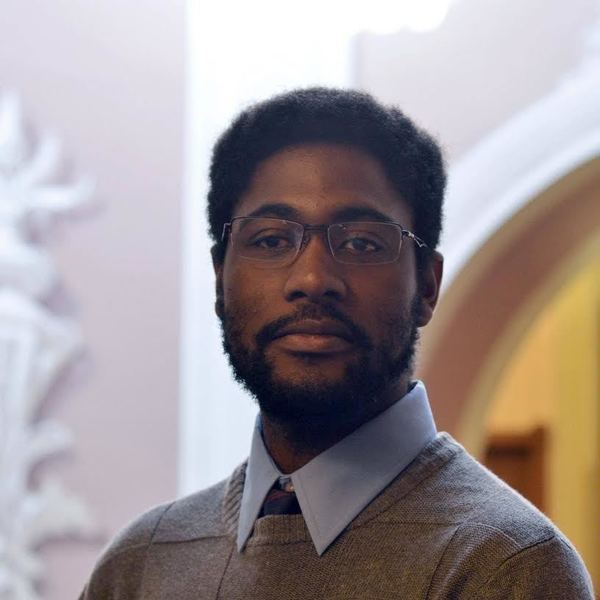 Clyde Daly, a fourth year graduate student in the lab of Steve Corcelli, has been selected as the 2017 recipient of the Sister Jean Lenz, O.S.F. Student Leadership Award. This award recognizes a post-baccalaureate student who has displayed leadership in promoting a diverse, inclusive community on campus for all students.

Daly is the founding co-President of the University of Notre Dame Black Graduate Student Association (BGSA), which formed during the 2016-2017 academic year. The mission of the BGSA is to “promote social and cultural cohesion, establish unity, support the expansion of cultural diversity through recruitment and retention efforts, and ensure academic and structural support for students of African descent at Notre Dame”. In its inaugural year, the group established regular meetings for participants and officers, operated a football game concession stand in collaboration with AWIS, organized social events, completed Green Dot training, developed relationships with other campus groups (including the Diversity Council, the Latino Graduate Student organization (LGAND), and the LGBTQ Graduate Student organization (GLASS)), and commenced a discussion series on diversity and solidarity in conjunction with the Graduate Student Union and other inclusion and diversity related groups. Daly was selected for his role in helping to identify the need for the BGSA as well as his intense role in organizing the group and getting its activities initiated.

Daly is a 2013 graduate of Gordon College, where he received a B.S. in chemistry with honors. Daly is also the recipient of a 2016 Ethical Leaders in STEM Fellowship, a 2016 Kaneb Center Outstanding Graduate Student Teacher Award, a 2014 Kaneb Center Striving for Excellence in Teaching Certificate, and a GAANN Fellowship.