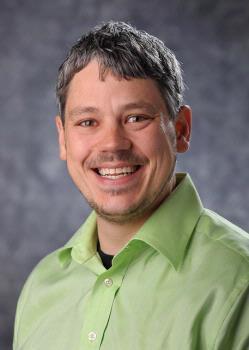 Tim Trippel, a Marian High School senior who works with Matthew Champion, research assistant professor in the Department of Chemistry and Biochemistry, won Top Young Scientist honors at the Hoosier Science and Engineering Fair. Trippel and Champion developed a low-cost electroporator, a key component in DNA transformation. Trippel won $10,000 and will advance to the Intel International Science and Engineering Fair in Los Angeles in May.

Electroporators use a guided jolt of electric current to move DNA into bacteria. Champion and Trippel's version, built from common parts including the flashbulb modules from disposable cameras, costs less than $25, and the container for the bacteria and DNA can be cleaned and reused. It performs the function of a machine that costs $2,000 to $7,000 and requires the use of disposable cuvettes that cost $2 to $5 each. The economical version runs on two AA batteries, is rechargeable and can be converted to solar power.

The low cost means that researchers in cash-strapped areas, such as high schools and developing countries, can have access to the technology that is critical for molecular biology research. The development is part of a movement to provide affordable, open-source equipment that makes sophisticated research more broadly accessible. Another group has developed PCR DNA-amplifying equipment that costs $200 and does the work of a $10,000 machine.

Trippel's older sister Caroline had worked with Bill Boggess, director of the Mass Spectrometry and Proteomics Facility, as part of an Advanced Research class at the high school that pairs science students with college mentors. Last year, Trippel's project with Champion on a tuberculosis protein-screening project using mass spectrometry also qualified him for the international fair. In a separate competition, the Department of Defense Junior Science and Humanities Symposium, he won second place last year in national competition and qualified for the London International Youth Science Forum.