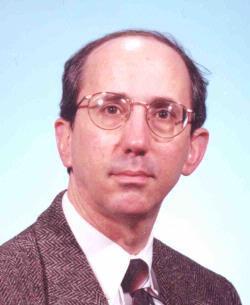 Anthony S. Serianni, professor of chemistry and biochemistry at the University of Notre Dame, has been named a 2012 Fellow of the American Chemical Society (ACS). He is one of 96 researchers selected nationwide and announced in the July 23 issue of Chemical & Engineering News, the weekly magazine of the ACS. Serianni is also president and CEO of Omicron Biochemicals, Inc., which he co-founded in 1982 based on disruptive technology developed as a graduate student and postdoctoral research associate at Michigan State University and Cornell University.

In selecting Serianni for this award, the ACS acknowledges his significant contributions to the development and commercialization of synthetic methods to prepare isotopically labeled saccharides, the development of new nuclear magnetic resonance methods for structure determination of saccharides, and the use of stable isotopes to investigate complex saccharide reaction mechanisms. His contributions to the ACS community, and to the scientific community at large, include multiple leadership roles in the Division of Carbohydrate Chemistry at the national level, and financial sponsorship of ACS symposia through Omicron Biochemicals, Inc.

Professor Serianni earned his B.S. from Albright College in 1975 and his Ph.D. in biochemistry from Michigan State University in 1980. After completion of doctoral work, he moved to the Section of Biochemistry, Molecular and Cell Biology at Cornell University as a postdoctoral research associate. In 1982, Professor Serianni joined the faculty at Notre Dame. Serianni was the recipient of the ACS Horace S. Isbell Award in Carbohydrate Chemistry in 1988, the Distinguished Alumnus Award from Albright College in 1996, The John A. Boezi Memorial Alumnus Award from Michigan State University in 2001, and the ACS Melville L. Wolfrom Award in Carbohydrate Chemistry in 2006.

An internationally known scholar and author of more than 150 research papers, book chapters and reviews, Serianni was also elected as a Fellow of the American Association for the Advancement of Science in 2010.